From August to the end of October, the particularly aggressive ragweed pollen causes allergy sufferers a lot of trouble with typical symptoms such as sneezing, watery and itchy eyes, asthma and skin rashes. Recently, there has been reason for hope for ragweed allergy sufferers: our medical team reports on a new form of therapy in addition to useful information for those affected and reveals how an introduced leaf beetle could provide relief for allergy sufferers and relieve the financial burden on the healthcare system. 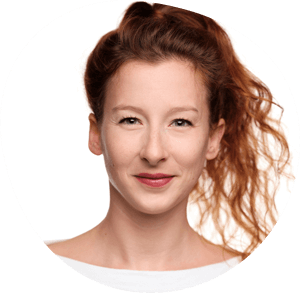 Pollen allergy sufferers could breathe a sigh of relief in late summer at the latest: the main season for hay fever is theoretically over, if it weren't for the late bloomers among the plants - ragweed and mugwort. Both belong to the composite family and are often confused with each other due to their close relationship.

The North American ragweed (Ambrosia artemisiifolia) has made a diverse name for itself, and to the chagrin of many pollen allergy sufferers, it also took root in Europe 150 years ago. What is popularly known as autumn hay fever is triggered by the plant, which is also known as ragweed.

Mugwort thrives from July to September, while ragweed is in full bloom from early August to late October. Because the flowering phases of the two plants overlap and cross-allergy between ragweed and mugwort is common, many patients may experience symptoms throughout the period from July to October. In addition to the cross-reaction, additional discomfort may occur during the flowering season after eating certain foods. While ragweed allergy sufferers often cannot tolerate melons, bananas, tomatoes and cucumbers, mugwort allergy sufferers react mainly to carrots, celery, spices (cumin, anise, coriander, fennel seeds) mangoes or even grapes.

Mugwort is mainly found on roadsides, fallow green areas or construction sites. Due to the easy spread with the wind, which carries the pollen up to 100 km, the weed increasingly takes root in home gardens. The allergy manifests itself with extraordinarily strong symptoms in local proximity to the flowering plants, which is why direct contact with the highly allergenic plant should be particularly avoided. The ragweed, which grows up to 150 cm high, is best removed together with the root before the flowering period and disposed of in a sealed garbage bag. However, the seeds in the soil can still remain germinable for up to 40 years.

Even a few of the highly aggressive pollens can trigger severe allergic symptoms. If subsequent allergic reactions occur, although there is no clear cold or confirmed allergy, a blood test and a visit to a specialist is definitely advisable.

As the symptoms can be particularly severe, it is advisable to obtain certainty about a possible allergy by means of a blood test. In everyday life, the current pollen count provides orientation on the current allergy risk and an attempt can be made to avoid exposure as much as possible.

Since May 01, 2020, a new allergen-specific immunotherapy for patients with ragweed allergy has also been used in Austria. In sublingual hyposensitization (allergy vaccination), the allergy sufferer takes tablets containing a standardized amount of allergen extract. This accustoms the immune system to the trigger of the allergy and counteracts the excessive immune reaction as the cause of the allergy. A total therapy duration of three years can be expected. The safety and efficacy of ALK's tablet were evaluated in two clinical randomized, double-blind placebo-controlled studies involving more than 1,300 adults. 1

A beetle that turns the tide

Birds of a feather flock together. So it's no wonder that ragweed is a particular favorite of the beetle "Ophraella communa," which was also introduced from North America. As part of an EU project, a team of researchers at Boku Vienna investigated how this beetle species could provide relief for both pollen allergy sufferers and the healthcare system. The correlation between costs incurred from medications, loss of labor to administrative expenses and the heavy ragweed pollen count in the months of August to October was significant, they said.

Areas populated by the leaf beetle, which is new to Europe, produced 82 percent less ragweed pollen than those without the beetle population. Conservatively extrapolated, Europe would save nearly 1.1 billion euros per year once the ragweed leaf beetle had eaten its way across all European national borders and settled. The beetle has not yet been sighted in Austria, but in Slovenia, about 80 km from the Austrian border. However, the spread of the beetle is not only likely to benefit the domestic plant world and agriculture, as other plants such as sunflowers are also on the beetle's menu. The use of the beetle as a biological pesticide must therefore be handled with care.

Various symptoms are often not clearly assignable to one cause. Mold spores, for example, cause similar symptoms as ragweed pollen and can also occur more frequently in the fall. A blood test provides information about specific allergies as well as cross-allergies. With the knowledge of the causes, these can be avoided or specifically treated.

With igevia allergy testing, IgE antibodies are determined using Europe's most modern and comprehensive ["ALEX - Allergy Explorer" evaluation method](/allergy/test method). Create your personal profile for 285 allergens now from the comfort of your own home.

More about the igevia Allergy Test
To guidebook overview

This article has been reviewed by unserem Medical-Team for accuracy of content.

Please choose your country and your language