Autumn hay fever – when your nose is still running

The stress for pollen allergy sufferers is usually greatest in spring and summer. The weed plants ragweed and mugwort, however, extend the hay fever season until late autumn. With the end of summer, the pollen season is gradually coming to an end for the most part. If the nose still itches and runs, this can be attributed to the late bloomers ragweed and mugwort, which extend the hay fever season to about the end of October. Their pollen is particularly aggressive, which is why even a very low concentration in the air can cause severe symptoms.

The composite flowers in comparison

Since weeds flower from July to about the end of October, i.e. late in autumn, the symptoms are also known as autumn hay fever. Especially in the coming weeks there will be an intensive strain, especially from ragweed.

Ragweed and mugwort grow preferentially on the edges of roads, fallow green areas and construction sites. In spite of the strong distribution of pollen by the wind and the seeds by polluted bird food, the local load is highest. The proximity of flowering plants should therefore be avoided. In addition, it makes sense to regularly check the prognosis for the current pollen count.

If you discover a plant near you, for example in the garden, it is advisable to remove it with the root before flowering, as the seeds of the plants have a germination time of decades. 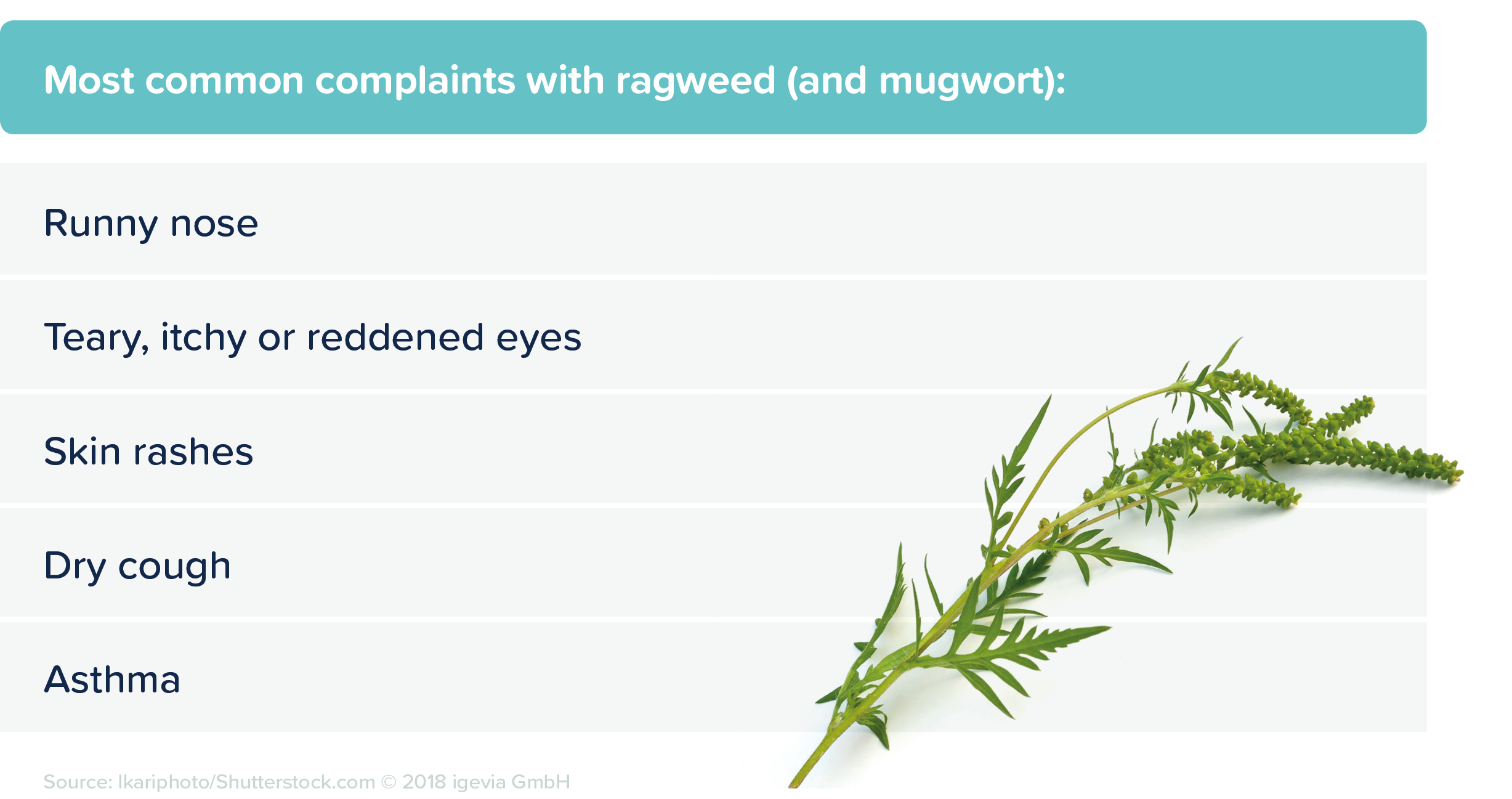 If unclear symptoms appear, a blood test is recommended. This provides information about the cause of the symptoms (including cross allergies) and thus the possibility of allergen avoidance and therapy. The spores of moulds, for example, cause similar symptoms to those of pollen and can also occur more frequently in autumn. Tip: Irritations caused by allergens often cause allergic rhinitis (inflammation of the nasal mucosa). Nasal rinses in the form of salt water solutions care for the irritated mucous membranes and can provide temporary relief.

For an initial assessment of your allergy risk:

Are you unsure whether your child is allergic? Do the Allergy-Risk-Check now and receive a free assessment!