Cannabis allergy - the allergy that has received little attention so far

Due to the progressing legalization of cannabidiol (CBO) worldwide and the increased use in various products, e.g. in the cosmetics industry, more and more people are coming into contact with cannabis. What is still largely unknown: even the oldest useful plant in the world, can be an allergen. Our medical team reports: 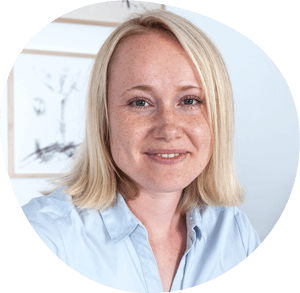 What is a cannabis allergy?

As with all allergies, a cannabis allergy is an overreaction of the immune system to a supposedly harmless substance - in this case, a component of the cannabis plant. In case of initial cannabis contact via smoking joints or oral ingestion of cannabis products, the immune system may react by producing IgE antibodies in the blood - the patient is thus sensitized. If allergic symptoms occur with repeated contact, this is referred to as a clinically manifest cannabis allergy.

Few people are yet aware that the body can also react allergically to marijuana. A marijuana allergy is therefore rarely recognized or identified as the cause of various symptoms. However, due to the progressive legalization of cannabidiol (CBO) within the EU and some American countries, such as Uruguay and some US states, larger and larger parts of the population are coming into contact with hemp. An increase in cannabis allergy sufferers is expected in the coming years, according to professional organizations such as the American Academy of Allergy, Asthma & Immunology (AAAAI).

The exact allergy trigger of cannabis has already been identified. It is the protein substance Can s 3. This has been officially accepted by the IUIS (International Union of Immunological Societies) as an allergy trigger and used to test a cannabis allergy. Other plant components probably also play a role, but still need to be investigated in more detail.

Typical complaints of a cannabis allergy 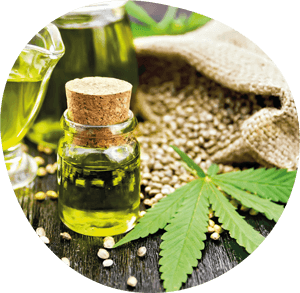 In the first case, the patient was surprised by her allergy after smoking a joint: she reported itchy, red and swollen eyes, a runny nose and also skin rashes, i.e. it remained at a low severity of reaction.

The second patient, who was known to suffer from asthma, experienced much more severe symptoms, corresponding to an anaphylactic reaction of severity III. These were triggered by drinking an almond milkshake containing cannabis. Skin rashes, shortness of breath, drowsiness, abdominal cramps and diarrhea were the consequences. Their symptoms were not only noticeable during smoking or oral ingestion of hemp products in the gastrointestinal tract, but also during skin contact with the female plants of cannabis. The clinical picture of a cannabis allergy can therefore be very versatile - life-threatening conditions are not excluded. Especially the rapid intake of large amounts of cannabis through the consumption of hemp seeds or by drinking cannabis teas, can be dangerous for those affected. Therefore, it is even more important to recognize a cannabis allergy in time.

In order to correctly test a cannabis allergy, tests are suitable in which the patient's blood is examined for the presence of allergen-specific IgE antibodies.

At igevia, cannabis allergen Can s 3 is also included in 285 allergens.

As with many pollen allergies, cannabis allergens are similar to those found in certain foods. The similarity is so great that the immune system cannot distinguish the proteins and a so-called cross-allergy is triggered. Patients thus suffer allergic symptoms not only after cannabis consumption, but also after eating fruits and nuts.

The following 6 fruits/vegetables are most likely to cause cannabis cross-allergy:

More about the igevia Allergy Test
To guidebook overview

This article has been reviewed by unserem Medical-Team for accuracy of content.

Please choose your country and your language